Getting Away To Governor’s Island Pt III

Welcome to THEJNSREPORT’S: Getting Away To Governor’s Island Pt. III

So many directions to choose from which way to go?

We loved the architecture of this old chapel. 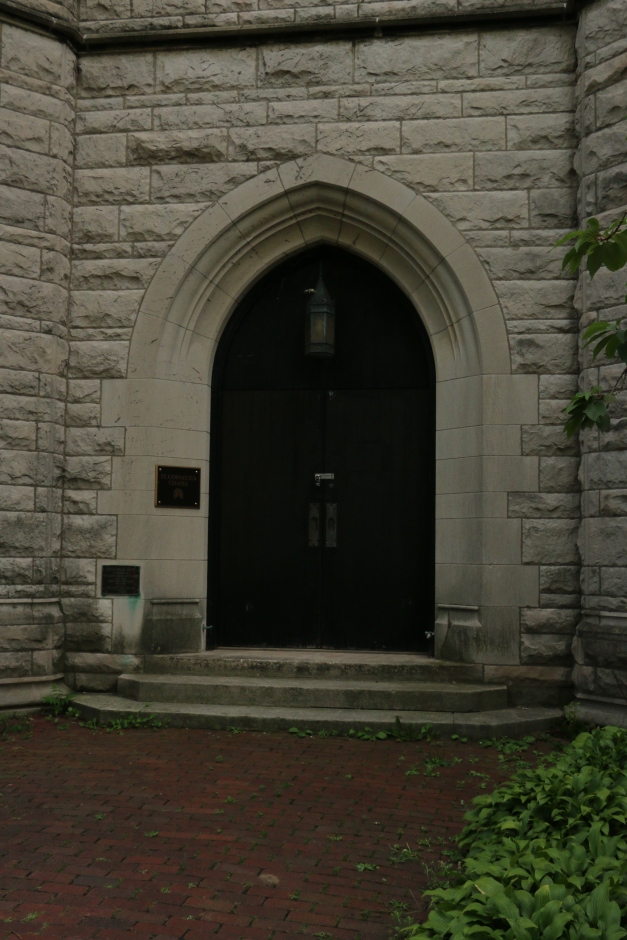 It became a little more cloudy as I stopped to take this shot up close.

As we continued our journey we came across the Children’s Museum of the Arts.  Unfortunately the building was closed.  So we could only guess at what the inside of this house looked like. 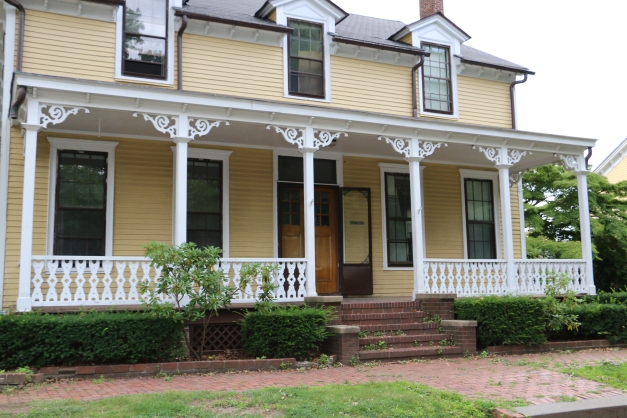 The above is not the C.M.A but another building along the path we took after passing the C.M.A. 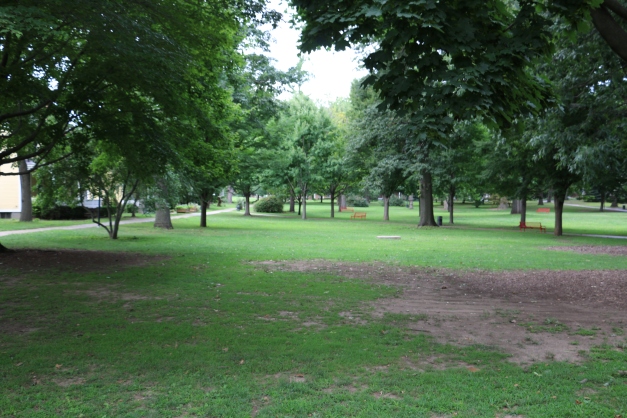 This place too was closed and merely a standing relic of days past. 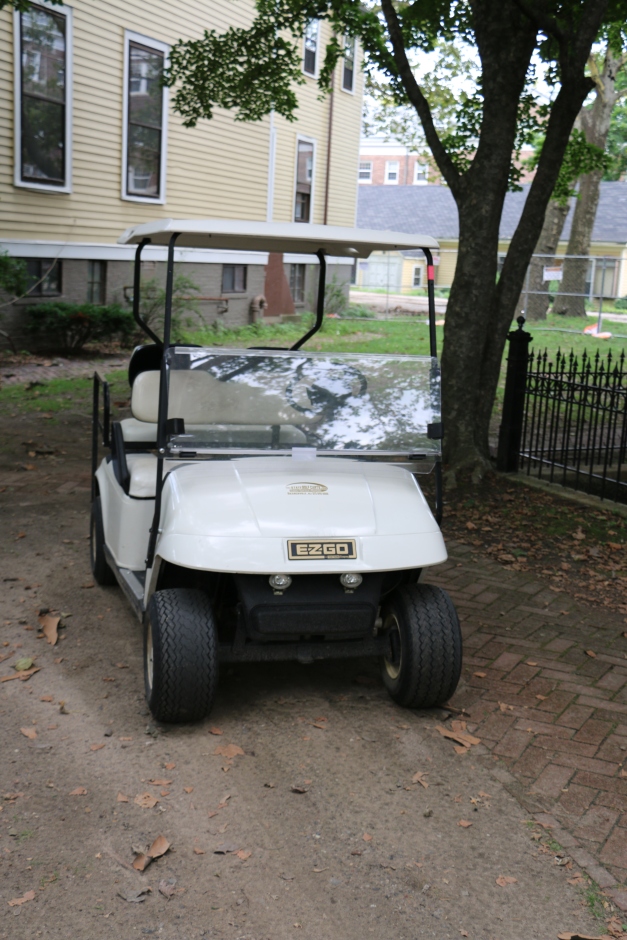 The Center for Holographic Arts.  Would have been cool to see what they did there. 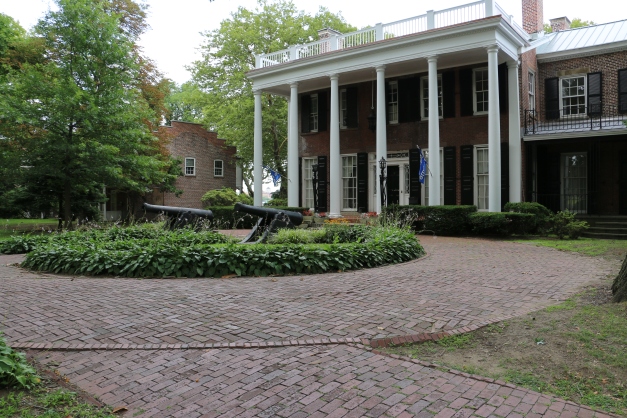 Can you imagine what it sounded like live when those bad boys went off? 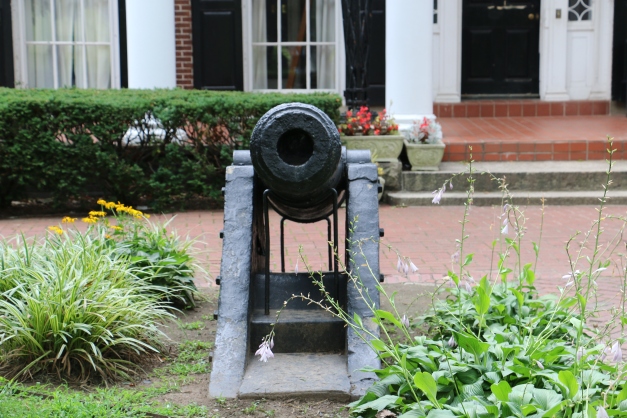 The opening is smaller than I anticipated but a cannon’s a cannon right? 😉

So this building with the cannons out front was the Commanding Officer’s Quarters.  Designed in 1843 by prominent New York architect Martin E. Thompson.  An army commander lived on premises until 1966. 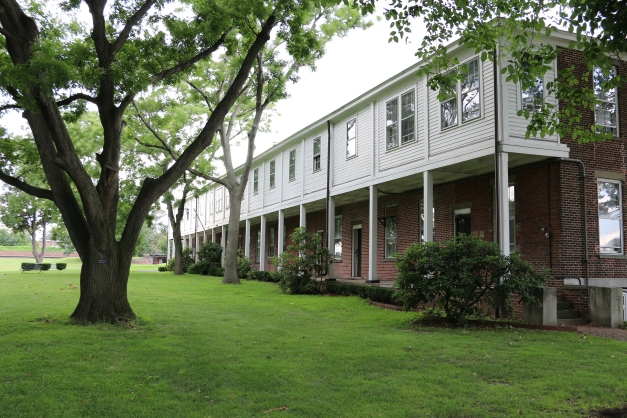 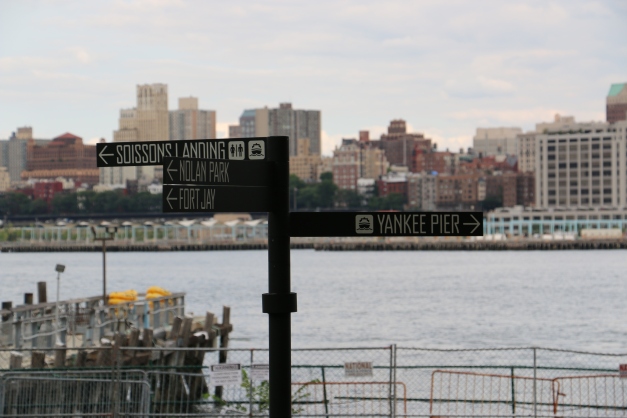 By now we began to wind up our tour of the island as it was getting close to time for the last ferry to depart back towards the city. 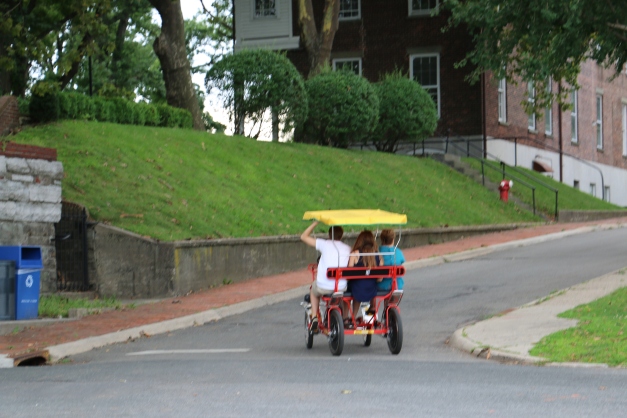 Next time here we’re going to pedal around the island too. 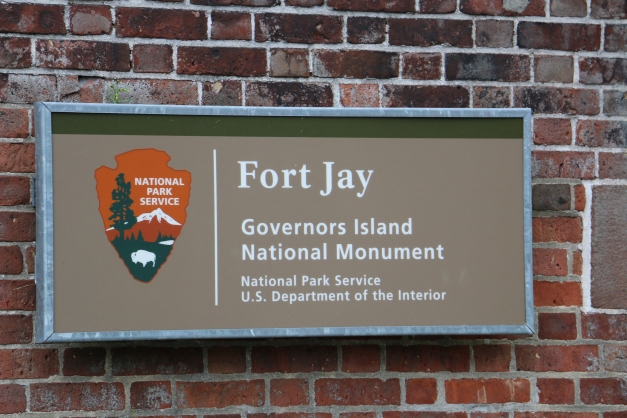 Our next stop on our tour before making our way back to the ferry was Fort Jay. 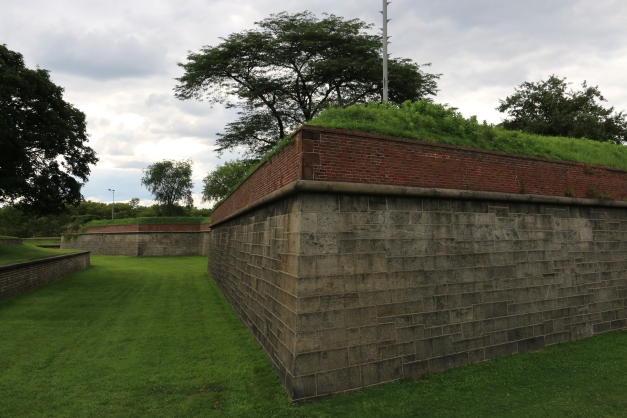 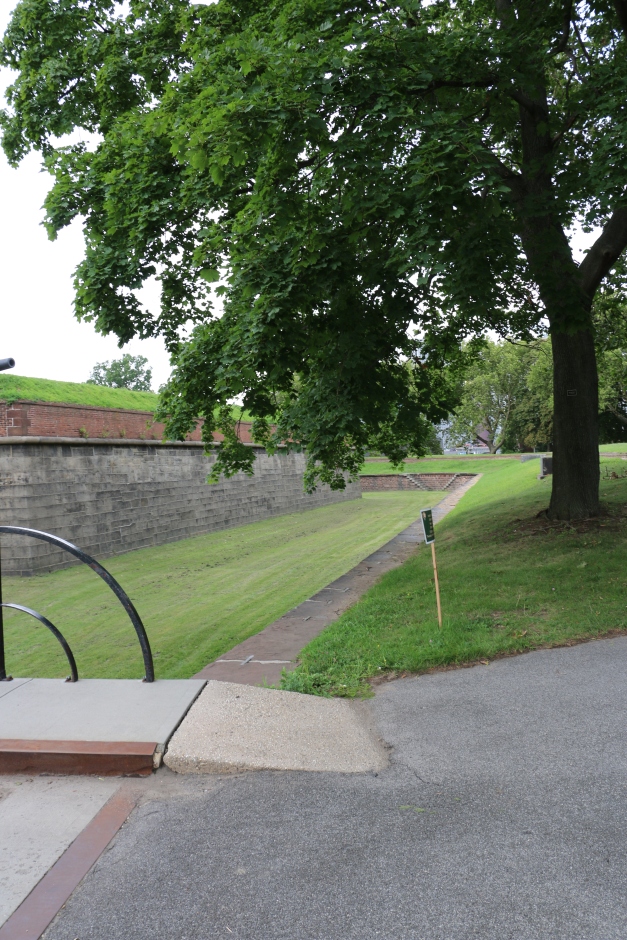 Didn’t feel much like descending to walk on the lawn at this point so we just walked around the perimeter at the top of the stairs. 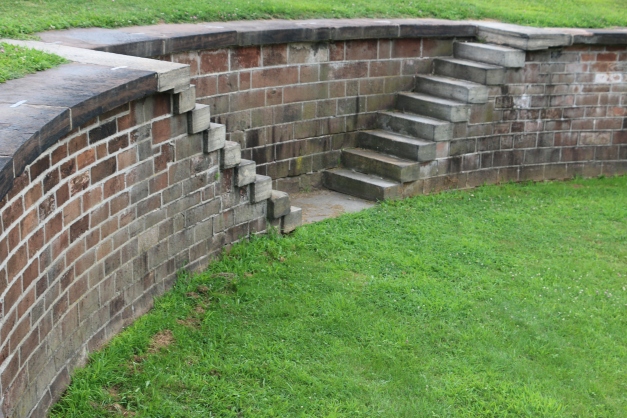 One could only guess how much each one of those weigh.

From here we made our way back to the ferry ending our tour of the island. 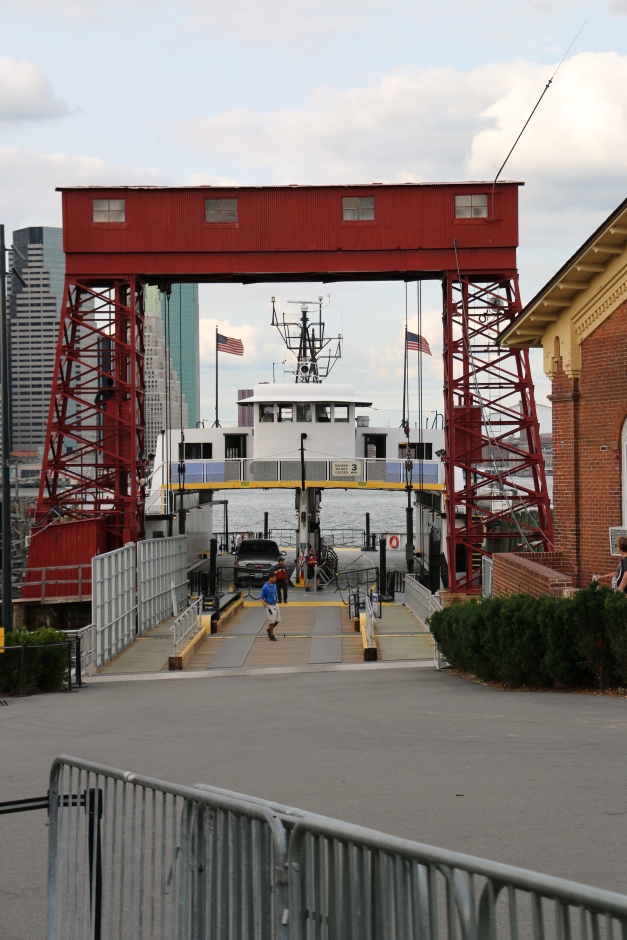 Once back on the ferry I took a few more shots of the city from across the water and as we approached the dock. 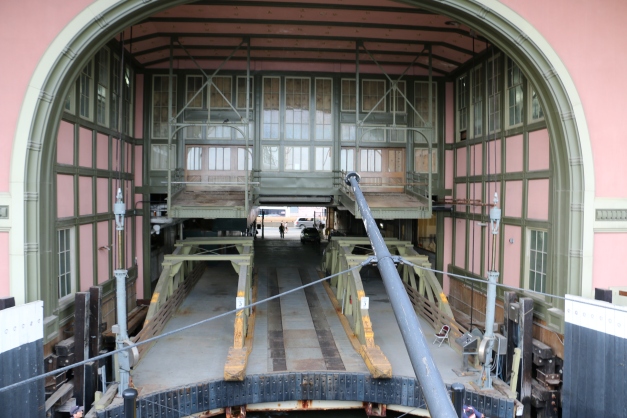 And that was the end of our day trip.  Till next time this has been THEJNSREPORT’S: Getting Away To Governor’s Island.  All images are the property of THEJNSREPORT.com (c) 2014.

2 comments on “Getting Away To Governor’s Island Pt III”