Day 3 of jury duty began with myself lazily turning over in bed to silence my (trusty if not pesky) alarm which revealed the sad truth.  I’d managed to get all of 3 1/2 hours of sleep.  Reluctantly, I get myself together and head out for rush hour yet again.

Wearing several layers of clothes definitely helped me brave the hateful cold that lets us all know Winter is right around the corner.  I made my way to the subway in good time despite repeated jabs from Jack Frost. 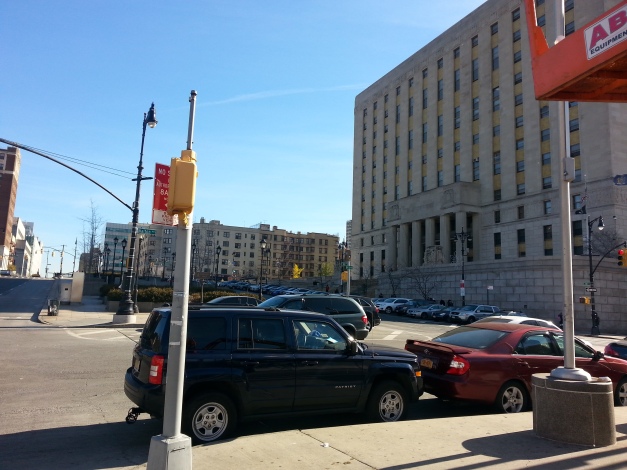 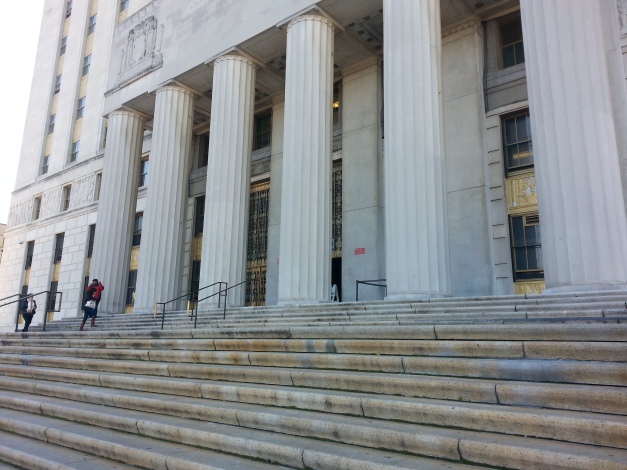 On this day, I arrived at the courthouse early enough to actually eat a little something before heading inside.  Once in the meeting room from the previous day, we met with the same court employee from the day prior who then took attendance.

As promised, the judge presiding over the case called us to come up at 9am on the dot.  Inside the courtroom we were told to all sit on one side of the courtroom for the name drawing that was about to take place to determine which among us would be selected as a potential juror for the case we were to hear.

An antique looking dark brown wooden box with a crankshaft and wooden door sat on one of the tables as an officer of the court cranked it before he  drawing names out at random.  Once one’s name was called the person went up to the jury box and relinquished the juror questionnaire.

Both the plaintiff’s attorney and the defense attorney were present, both scrutinizing the dress and appearance of each of us potential jurors.  Initially, I wasn’t one of the names called and I dreaded being sent back down to the jury pool.

Then the judge asked two of the jurors direct questions relating to experiences and whether they spoke adequate english and excused them after they gave their answers.  The wooden drum was consulted once again.  Lo and behold my name’s called next along with one more person to fill the vacated spots.

The attorney’s each brought questionnaires they had for each of us jurors they’d either strike or keep and after some answers were given we were dismissed from the courtroom briefly.

The panel was complete with 6 of us as the deciding jury and 1 alternate in case of anything.  We listened carefully to the Judge and his instructions and the opening statements of both the plaintiff’s attorney and the defense attorney.

Interesting side note: the defendants attendance in the case wasn’t required.  Only the plaintiff was present and only the plaintiff testified as the burden of proving his case rested squarely with him.

Once the case began we all looked at the plaintiff and listened intently to what each of the attorney’s arguments were in the case.  The issue of liability was already decided so for us the jury the case rested squarely on whether the plaintiff suffered permanent injuries as a result of the accident and if we found that he did, how much we would award him.

I’m sure we’ve all seen personal injury cases played out on TV where the plaintiff appears suspect and every move and/or gesture  is scrutinized to see if there is any acting going on.  This case was no exception.  The plaintiff’s attorney presented his case along with a binder with a thick packet of his medical history.

In a nutshell the plaintiff was rear-ended in a car accident, claimed he was permanently injured and lost his former quality of life.  He went on to say that the accident caused him to withdraw from playing in a musical band he founded.

He claimed he had emotional distress and “psychiatric” treatment in addition to his extensive stint of attending an in house rehab center referred to him by his Insurance’s lawyer.

We looked at this man as he went about putting on his show of limited mobility by periodically getting up and walking to the rear of the court room then returning to sit near his attorney repeatedly throughout the trial.

When he took the stand a translator sat next to him and translated the questions being asked by his attorney first, followed by the defendants attorney’s cross-examination.

Several red flags immediately went up when us jurors got the medical history and looked at not only  the high-lighted sections we were spoon-fed by the plaintiff’s attorney, but the non high-lighted portions showing this guy as the defendant’s attorney worded it “opportunistic and feeling a sense of entitlement”.

To solidify this we were shown pictures of the “damage” to the plaintiff’s vehicle by the defendant and not the plaintiff.  Red flag 1.  There was no visible damage whatsoever one could see with the naked eye to the plaintiffs vehicle which he claimed sustained a “heavy impact”.

The plaintiff’s girlfriend was also in the car, yet she sought no medical attention nor did she go with him to the hospital from the scene as the plaintiff testified that he went.  Red flag 2.

Then out of his own stupid mouth the plaintiff testified that while stopped at a red light, with several cars in front of him, his vehicle was struck from behind.

He then got out of his vehicle in which he was wearing his seatbelt and walked to the back of his minivan to see what damage there was before asking the defendants for insurance info and calling the police (who sent an ambulance to the scene).  Red flag 3.

Red flag 4. Plaintiff never mentions his emotional distress he claims to have suffered in his lawsuit during his testimony.  Red flag number 5. Plaintiffs doesn’t go to his primary care physician but instead to the insurance company’s referred rehab center and sees no specialists.

Red flag 6. While the medical record did show herniated discs the plaintiff had these as pre-existing and used a cane several years prior to this accident when he had open heart surgery.

He lied and told us that he never used a cane before the accident.   When we looked further into the plaintiffs medical history Red flag 7 and 8 grabbed us by the face.

Red flag 7. Plaintiff never saw a neurologist or orthopedic doctor.  Plaintiff was released same day from hospital and was found to have no significant injury was given a local pain killing shot and released.

Red flag 8 medical records showed post accident plaintiff’s gait is “normal” and listed as such up until the last visit to the rehab center where his insurance cut him off due to paying for 3 years of treatments at 15 minute intervals 4 times a week at $150 a pop.

Red flag 9. Plaintiffs attorney tried unsuccessful to get the plaintiff to tell us that due to this accident he wasn’t able to perform sexually in the bedroom.  However, the plaintiff couldn’t quite bite the carrot she dangled.

We all as jurors knew what she was hinting at with her line of questioning about his personal life at home since the accident. We deliberated for about an hour before we returned a verdict that the plaintiff failed to prove his case and we sent him on his way.

After the verdict the judge thanked us for our service, told us how important we were as jurors to the legal process, and that he believed here in America we have the best legal system in the world even though it’s not perfect because we let the jury decide with the evidence provided in the case.

Once we were dismissed from service we went downstairs to the jury room to receive our completion of jury service letters for work.  Once there the defendant’s attorney approached us and thanked us for seeing the case for what it was.  In addition, defense counsel said we shouldn’t feel bad for the plaintiff as they already had a financial agreement in place to compensate him something.

I’m certain he thought we were all idiots and couldn’t see what he was doing.  We were all like sorry sir no free lunch today, no soup for you, get the hell on Felicia!!! 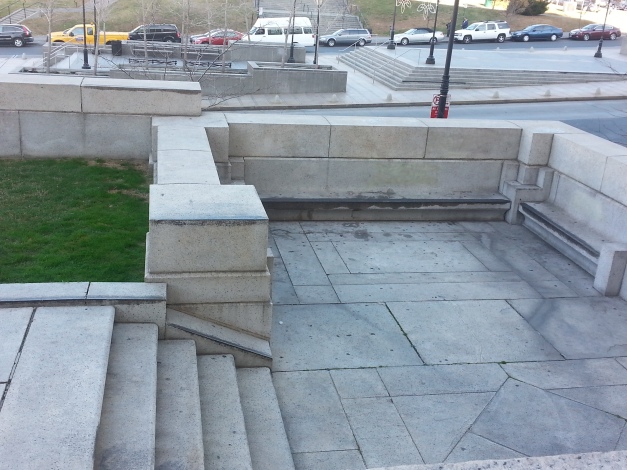 It was my first time on a jury but I must say that the experience overall was not lost on me.  I was happy this time around that schedule wise things worked out better than they had in the past serving jury duty.  In the end common sense, evidence, and the law worked to bring about a just outcome.