I decided to check Wikipedia for my own edification on the origin of St. Patrick’s Day and why people nowadays know it strictly for drinking.  According to Wikipedia: Saint Patrick’s Day was made an official Christian feast day in the early seventeenth century and is observed by the Catholic Church, the Anglican Communion (especially the Church of Ireland),[2] theEastern Orthodox Church and Lutheran Church. The day commemorates Saint Patrick and the arrival of Christianity in Ireland,[1] as well as Irish heritage and culture in general.[3] Celebrations generally involve public parades and festivals, céilithe, and the wearing of green attire or shamrocks.[4] Christians also attend church services[3][5] and the Lenten restrictions on eating and drinking alcohol are lifted for the day, which has encouraged and propagated the holiday’s tradition of alcohol consumption.[3][4][6][7] Saint Patrick’s Day is a public holiday in the Republic of Ireland,[8] Northern Ireland,[9] Newfoundland and Labrador and Montserrat. It is also widely celebrated by the Irish diaspora around the world; especially in Britain, Canada, the United States, Argentina, Australia and New Zealand.

It feels good having learned something.  Well here’s a toast to St. Patrick’s Day with some images I took of the Empire State Building lit up tonight. 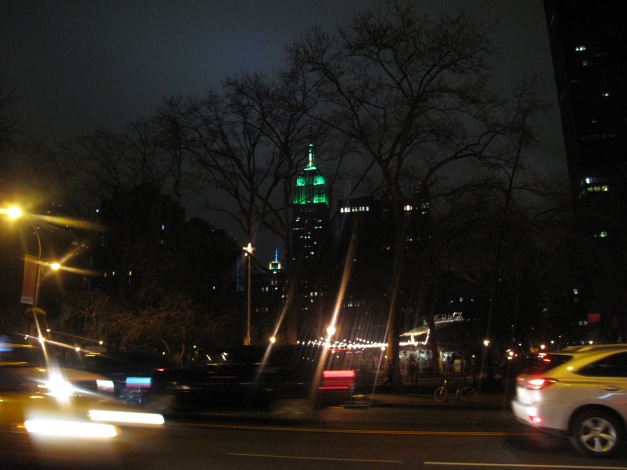 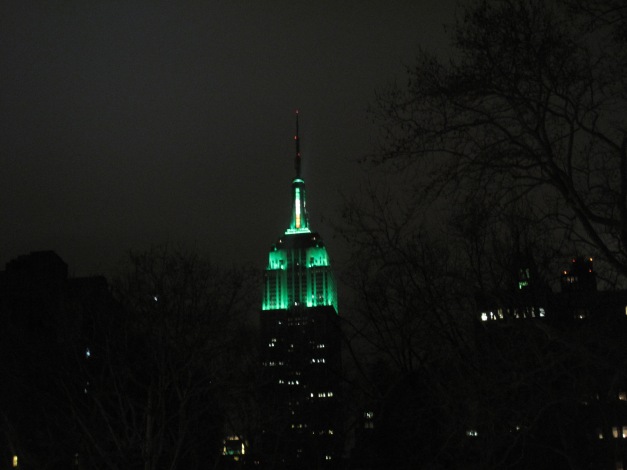 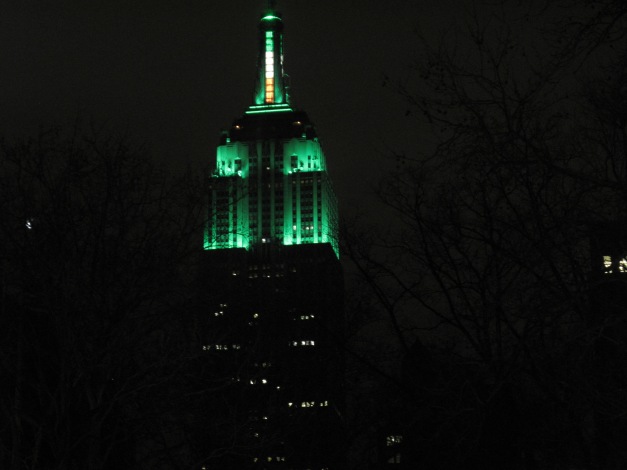 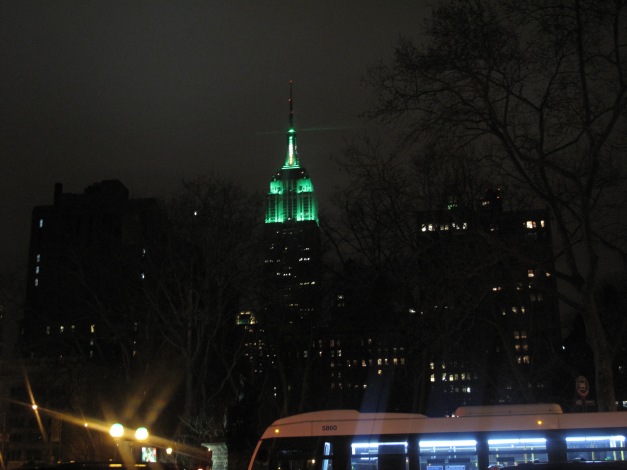 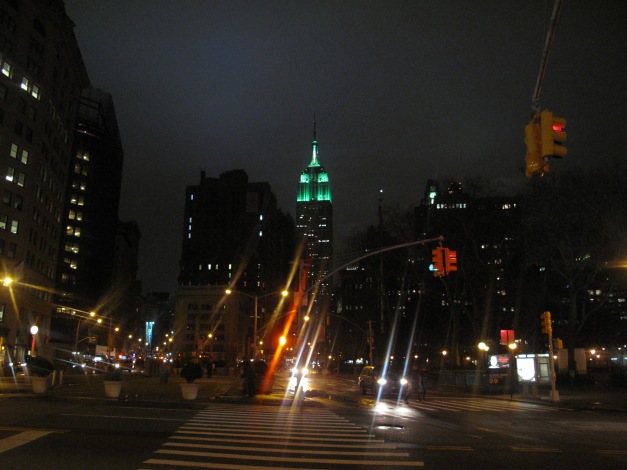 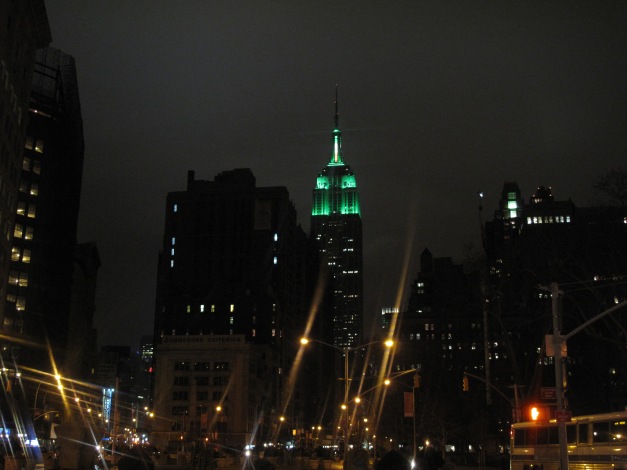