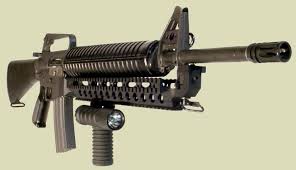 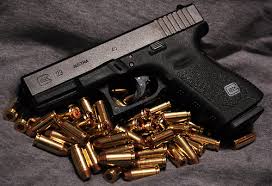 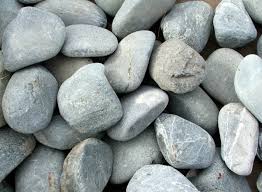 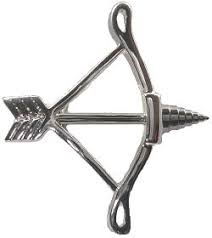 The sad shocking reality of how people can so easily be manipulated into giving up their rights is giving me a headache.  I say this is lieu of the recent new gun control laws to hit the books for both NY state and California.  In descriptions of the new laws many called them Draconian.  In one of the articles I read some of the proposed changes includes confiscation of semi automatic hand guns and even further reduced ammo capacities to as low as single shot rounds.

For those who are old enough to remember old war films where the soldiers could only fire one shot at a time before having to reload by kneeling then pouring gun powder into the barrels and then loading their single round into the barrel of the gun before being able to fire another shot led to many soldiers being killed while trying to reload their weapons.

I’m sure many victims of gun violence will not hear what gun advocates will have to say because for them the loss of a family member has clouded their perspectives as to what is really at stake.  And what is at stake plain and simple is Freedom.  Sovereignty of nations and people at large.   I don’t say this lightly merely as a point of fact.

Let’s look at the series of events.  Gun shootings across the country over the past 2 years, including a woman senator who after partially recovering advocates on Capital Hill for something to be done regarding Gun Control.  Movie theater shootings during “Batman The Dark Knight Rises” sparks outcry for more gun control once again.  Then finally the Sandy Hook Elementary Massacre to get people hopping mad and insane with anger at the innocent children killed by guns.

Interesting enough I bet most people don’t know that in Batman’s The Dark Knight Rises on a map in one scene Sandy Hook is displayed.  Is that foreshadowing the real life events of Sandy Hook or merely coincidence?  Google it for yourself to see if I’m just blowing smoke.

There will always be a resistance to tyranny and evil even if it seems impossible to win.  This is because real patriots and educated citizenry know and recognize that guns are essential in the preservation of liberty and as the enforcement of what a civilized society would deem the inalienable rights given to mankind by God.

Knee jerk reactions to atrocities I believe are part of a larger conspiracy to drive public opinion towards disarmament.  Let’s look at the logic behind this push for more gun control.  Take alcohol.  Prohibition didn’t work because people would manufacture their own alcohol no matter what the government said.  Secondly, prohibition led to the rise of organized crime syndicates who knew that the demand for alcohol would not be quelled by legislation and if the people want to do something no law created by government could stop them.

Yet despite the fact that alcohol has been shown to kill so many people every year whether it be drunk driving, or cirrhosis of the liver from heavy long term alcohol consumption, it’s still legal to sell advertise, and consume.  Should there be a ban on the type of alcohol that can be bought and sold like say only 40 oz of malt liquor can be sold versus cases of beer.  That’ll make us healthier right?  Give me a break!!  As per the CDC ( Center for Disease Control) Cigarettes are responsible for more than 5 million deaths each year.  Where’s the public outcry that something has to be done to get rid of Cigarettes?  Where’s the make cigarettes illegal?!!!

Why has there been no push for it to be made illegal?  Perhaps not enough young children have been killed by alcohol and cigarettes for there to be the type of “public” outcry against it.  Either way only fools who don’t understand logic will think that Safe means no protection.  And for the idiots who say that’s what the police and military are for, look at the news look at archives of how many abuses by military personnel and police officers alike have and continue to occur everyday.

Government especially big government is not to be trusted.  Willful incompetence and corruption reign supreme.  I’ll say it again history has shown us that those who don’t learn from the past are doomed to repeat it.  We are being herded and controlled and disarmed for what is coming.

One world government where we as people have no power, no rights, and no means of defense against a military industrial complex who is the dog of the elites used to subdue and oppress everyone else who is not part of the elitist inner circle and agenda.  Really it’s ridiculous to see them tell us right to our faces what they are going to do to us and then carry it out without hardly any outcry or resistance except for the agendas being pushed by them through our “elected” more like selected representatives in government.

I say in the immortal words of Patrick Henry give me liberty or give me death because a life in prison and under the rule of tyranny is no life, is no freedom, and is not worth living period.  And most people have to understand that being a coward will not make you any safer.

Think of all the patriot ads the U.S military puts on TV.  “Global force for good?” Yeah right. Ask yourself why is it anywhere the U.S military goes there is so much resistance to occupation?  Why are our troops so hated around the world when our media is telling us and the world that our forces are spreading democracy and protecting our freedoms at home?

Again he who has the gun controls those who don’t have the gun.  Look at it in more simple terms.  Bow and Arrow vs Glock.  Winner Glock.  Gattling gun vs 6 shooter.  Winner Gattling gun.  Nuclear weapons vs conventional fire arms.  Winner no one as nuclear weapons will destroy us all.

However, here’s the rub, the M.A.D ideology (Mutually Assured Destruction) of years past is still the main deterrent for other nuclear armed nations from using nukes against each other.  IE gun for gun, nuke for nuke “if I go so do you.”  Respect is had for those who have the tools to defend their stance.

Does a soldier respect an unarmed civilian? We’ve seen that the answer emphatically is No he does not.  A soldier respects other armed combatants because he/she is cognizant of the fact that an armed combatant can fight back and potentially kill the soldier.  We are already at war.  The only thing is most of us don’t know it.  We must remember the constitution and those who have been sworn in to protect it against all foes foreign and domestic.

It appears that those words are just words and don’t mean anything to the people in high government positions who are with the flick of a pen and the enforcement of our military usurping our rights and telling us it’s to make us Safe.  We are not safe.

The movie Batman: The Dark Knight spoke to this.  Cleverly, it tried to convince us that putting out trust and power in the hands of one man to make all the decisions regarding the public was wise when clearly that is foolhardy and what leads to Dictatorships, oppression, and all the evils and atrocities associated with Unilateral rule by man who is above all else corrupt.  the founding fathers had a clear understanding of this which is why they had the separation of powers.

We are marching towards the end of the world with speed.  The Bible warns of all these things and yet many continue to disbelieve and focus on their little worlds and materialism.  It’s only when terror and the horrors many others suffer around the world is experienced personally that people begin to care and want to do something other wise it’s the same old attitude of “Oh wow that’s horrible and sad, time for dinner.

Where is the Supreme Court in all this?  Why isn’t there a judicial review of these state laws being passed that are clearly unconstitutional?  And why are our representatives voting on bills they have been given twenty minutes before voting on them?  I agree with the notion no representative should vote on any bill they’ve never seen or read prior to a vote.  In that case the vote should be if held “NO”.

I’ll end on this note.  Remember court shows like Judge Judy or the People’s Court where the Judge tells the litigants you should have read what you were signing before you made the deal.  We are doing the same thing with our rights.  I.E not reading the contract before signing it.  It’s time for us to wake up.  I whole-heartedly support the 2nd Amendment and the responsible use and ownership of guns.