Welcome to THEJNSREPORT’S: When Greek Yogurt Giveaway Goes Right: Where a little curiosity, patience, and perseverance went a long way.

So several weeks ago while in Chinatown we happened upon a sight to be seen.   We couldn’t understand it at first,  when we saw one Asian woman after another running with what looked at a distance like a small child in their arms as they came up the street in our direction. 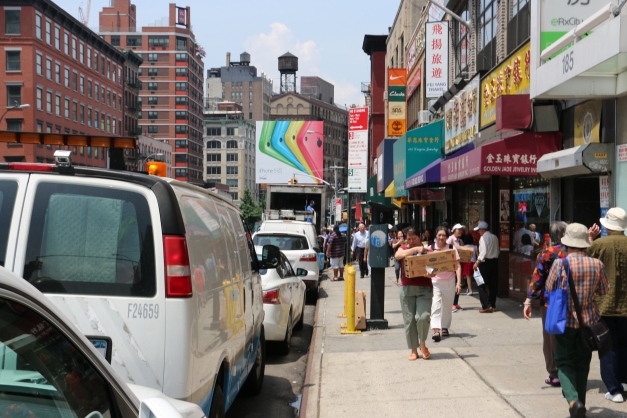 Then as they got closer we realized it wasn’t a child at all but two card board boxes containing something of great value and treasure the way it was being carried.  I thought is this for a bank or business around here?  As we neared the corner of the street  we could see the back of a truck open with people lined up along the sidewalk for what the people on the truck were giving away. 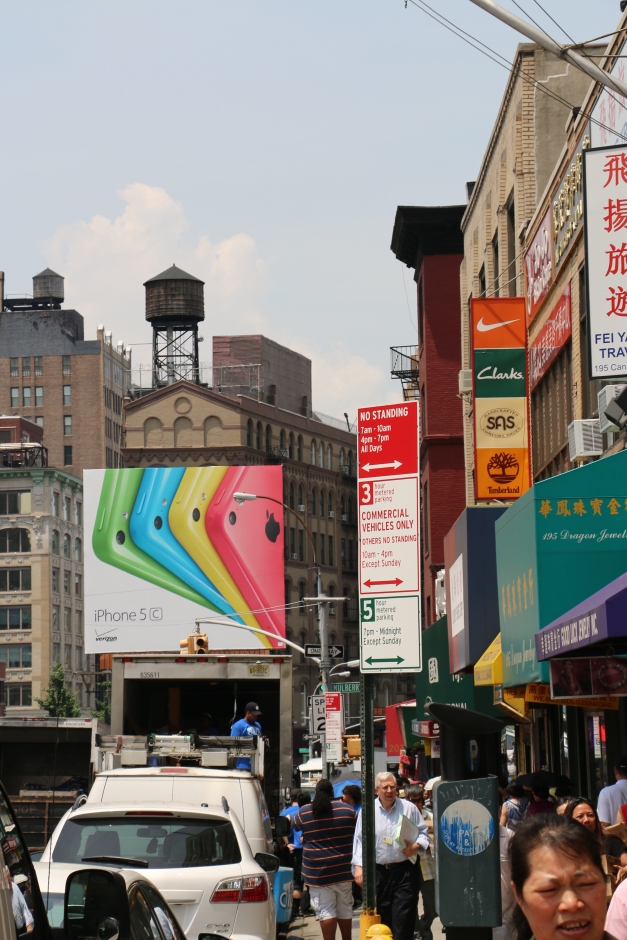 It all became clear when I looked at the box and saw that it was in fact Dannons Oikos “Greek Yogurt” that was being given away free to the public.  You know what had to happen next…that’s right folks we sucked it up in the heat to go and stand on line to get what we had coming. ;D 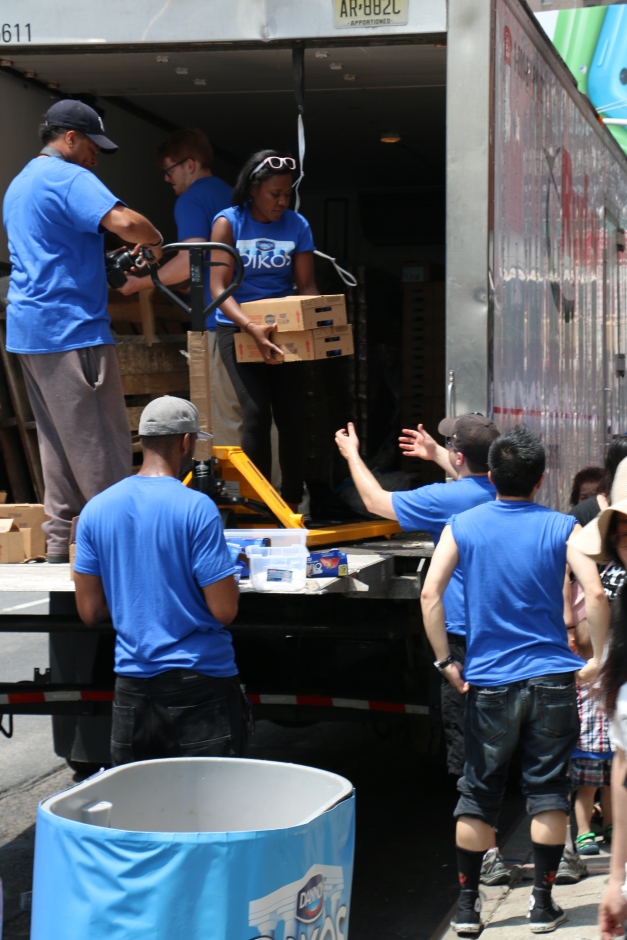 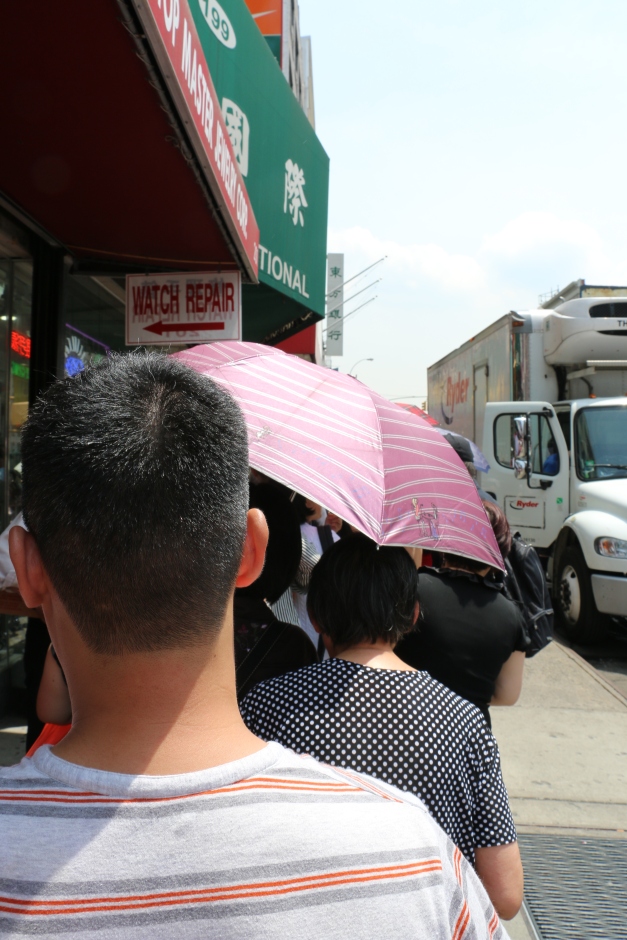 On line for Greek Yogurt in the Hot Sun 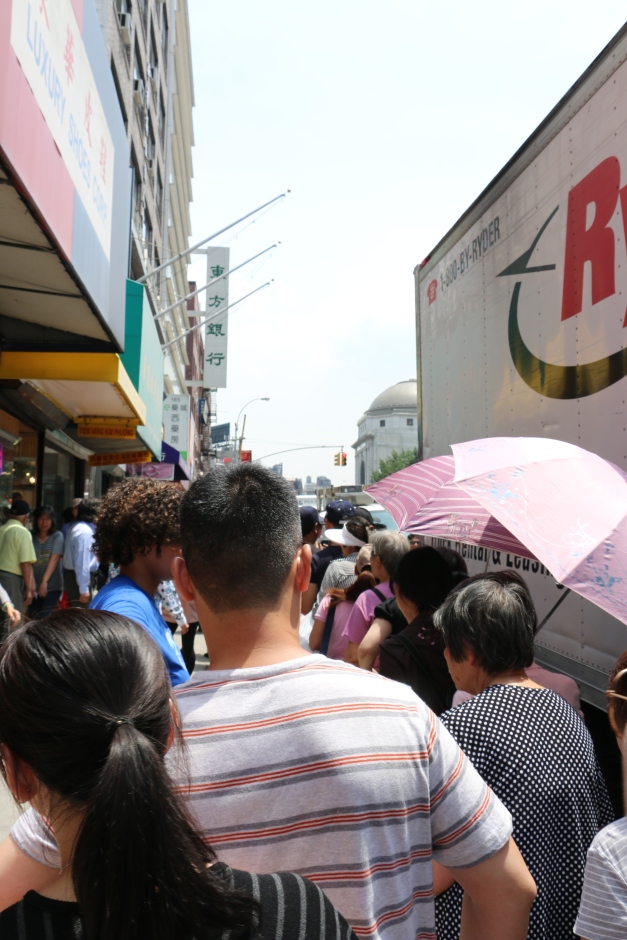 Some of these women in line had partners waiting in line already and were greedily going back for third and fourth boxes.  I just hoped there would be yogurt left by the time we reached the front of the line. 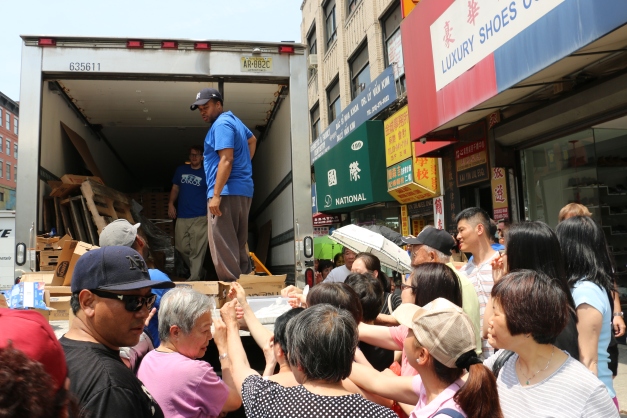 This crowd mobbed the sidewalk for that good yogurt. 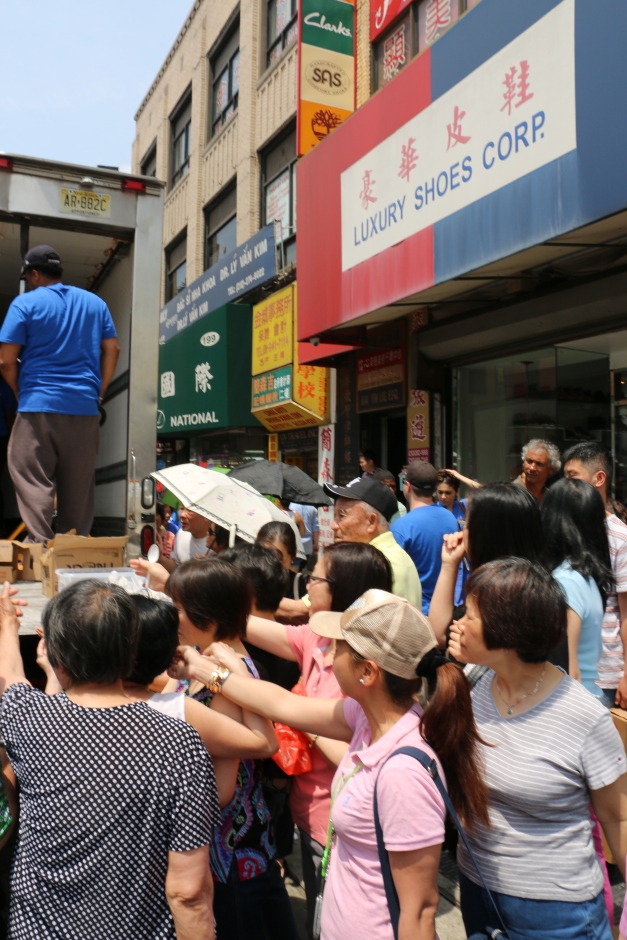 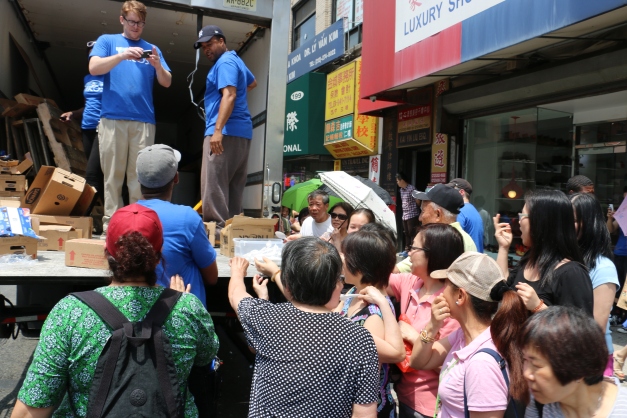 That employee got photo evidence of the near riot they caused with their giveaway.

At the end of it all patience paid off as we ended up with 2 boxes of 24 containers of Oikos Greek Yogurt. 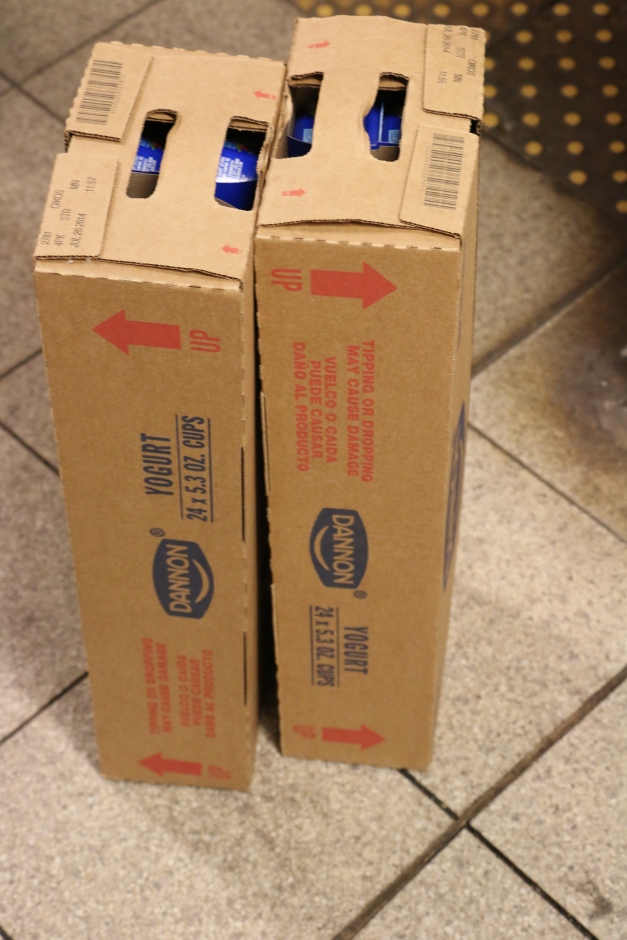 Yes we got our prize!

That right there is what we call when Greek Yogurt Goes Right aka a free months supply of Greek Yogurt. Yessum!!! 😉  Here’s to hoping we stumble upon more free giveaways this summer.  Till next time this has been THEJNSREPORT’S: WHEN GREEK YOGURT GOES RIGHT.