Today I was thinking that I have a lot of pasta I haven’t used yet and could try my hand at making my own cream sauce to boot.  After checking the fridge for what I would need I decided to make a quick stop at the supermarket and pick up some needed items for my Cream Sauce.  Once back from the supermarket I set up the ingredients

1 half cup Coconut water with pulp

1/2 Red Onion finely chopped (or whatever onion you have)

I poured the heavy cream and coconut water w pulp into a sauce pan or pot with medium low heat.  Next in went the spices and canned peas and carrots before I stirred in the chopped garlic and red onion.  In a small bowl I mixed the 3 tbsp of flour and just enough water to dissolve the flour and have no lumps.  The dissolved flour was then added to the sauce and let simmer. 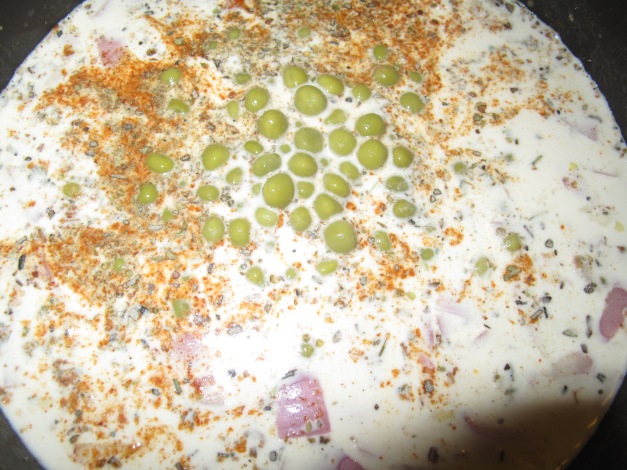 In a separate skillet I added some canola oil and heated the pan to medium heat.  Once the oil was fast in the pan, I added the Shrimp and Calamari pieces one at a time to the pan and allowed them to cook on both sides before removing and placing on a plate with paper towel to drain excess oil.  I did two styles where I used Panko breadcrumbs and an egg yolk bath to coat some of the Calamari and Shrimp and some I fried without any breadcrumbs just in oil.  Both ways I cooked the shrimp ended up in the cream sauce and were equally delicious.

Next I took the yolks from the 3 Hard Boiled Eggs and sliced them in halves before adding them to the sauce.

After a gentle stir of the Shrimp and Calamari and Egg Yolks into the sauce, I added Sea Salt to taste  as I could tell the coconut water had made the sauce a tad sweeter than I intended.  Once the taste was just right I let it simmer until sufficiently thickened.  The heat was turned down to low.  Next turned my attention to putting a pot of water on to boil before adding the Fusili pasta to it. 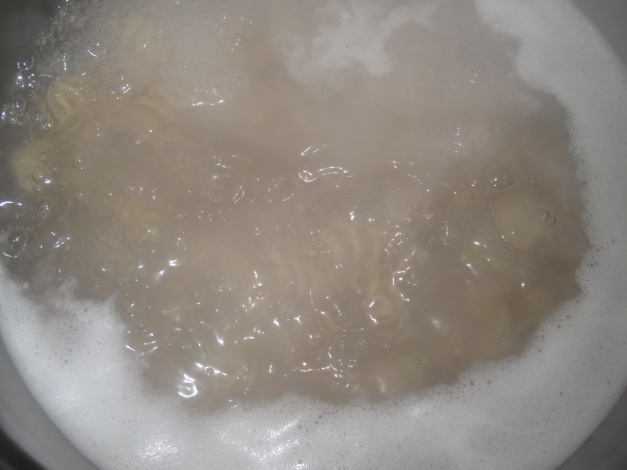 I let the Fusili boil for about 8 minutes till al dente then drained them and set them aside while I tended to the cream sauce which was almost done.  Next I grabbed a mixing bowl and whipped together a quick Garden Salad with Mushrooms, Grape Tomatoes, Spinach and Shredded Carrots.  Below is the completion of my efforts. 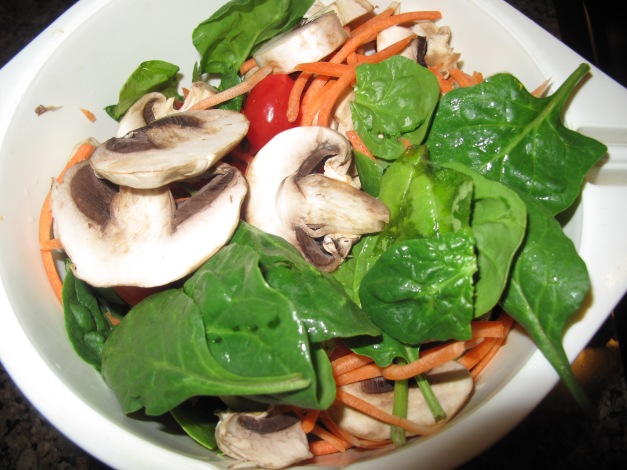 Now for the first bite of Shrimp 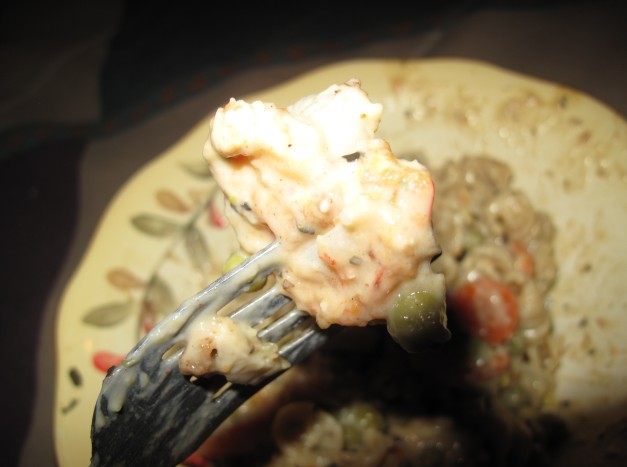 I have to say for my first time throwing together a Cream Sauce this turned out to be quite good.  The Cayenne Pepper and Habanero Pepper heightened the flavor and gave the sauce a little kick.  Next time I’ll have to experiment making this using Shrimp stock in the sauce.  Till next time this has been Dinner at Home another report by THEJNSREPORT.