On a disgustingly frigid Friday night in the middle of Winter I decided it was time to visit Tick Tock Diner to satisfy my late night hankering for some good ole diner food.  Located on the corner of West 34th Street and 8th ave in Manhattan’s Chelsea district just opposite the Loews theatre Tick Tock sits beckoning any passersby to come in and sample the fare.   For some reason earlier this afternoon I had a feeling that I needed to have a really good tasting burger and after having eaten at Tick Tock earlier in the year I figured tonight was as good a night as any to stop in and so…

There it sits on the Corner

Temp outside tonight was 26 degrees.  It felt like 5 degrees by the time I started to cross the street.  I made my way inside the diner and got seated almost immediately.  Tick Tock was not even half full so I expected service to be forth coming with no delay.  How wrong I was.  For nearly 10 minutes or so I sat waiting for someone to acknowledge my presence as a customer who needed service.  A bit perturbed and hungry I smacked the table I was seated at and asked aloud if I could get some service.  Only then did the head waiter or perhaps floor manager come to me to offer service.  He explained that he thought one of his “guys” was taking care of me and hadn’t realized that I had no one taking care of me.  I decided to abate my pissed attitude and received a menu to look at the options available to me.

Let’s see some more of the interior. 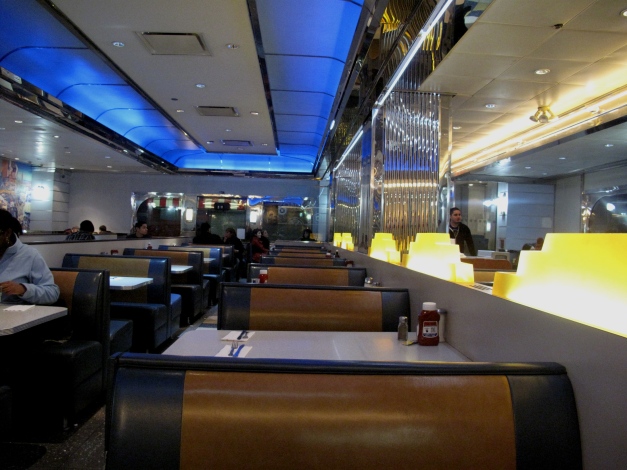 Doesn’t appear too busy to me.

I turned my attention to my menu as soon as I received it.  I thought of an appetizer to go with my burger selection and naturally a no brainer were wings.  Next up the arrival of the wings!!! 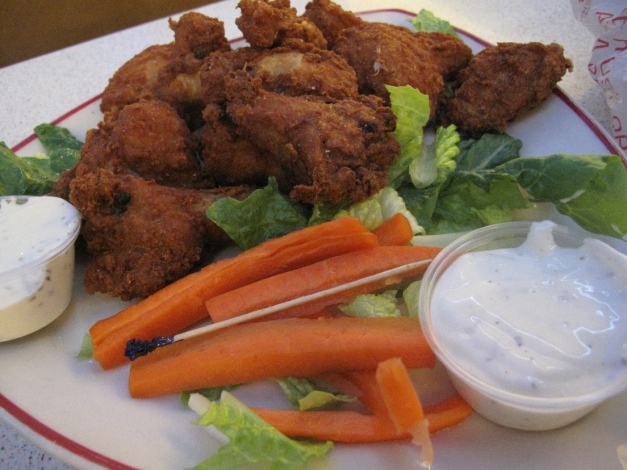 Let’s go in for a closer look at what began to unfold.

One by one those wings went down.  They were seasoned well and had an excellent crunch to them especially hot and fresh from the kitchen.  The ranch dressing left something to be desired.  IE I should have asked for either honey mustard and/or hot sauce even blue cheese perhaps.  Still, all in all the wings “set the table” for the main event.  My Black Angus cheeseburger and fries. 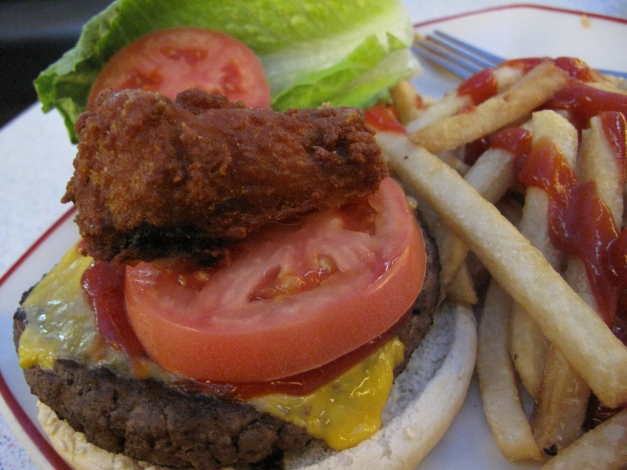 It just made sense!! 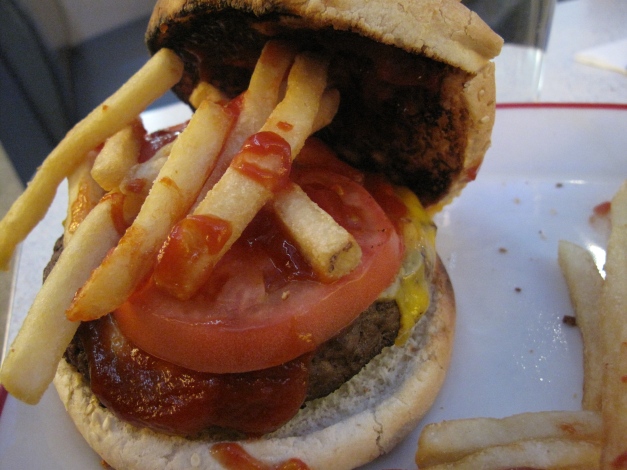 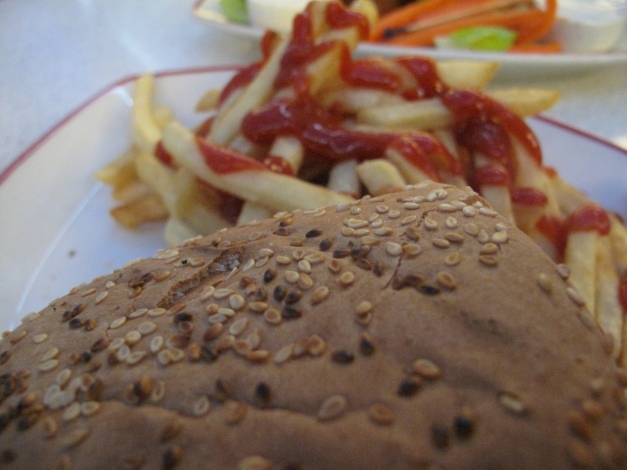 Placing the hood back on the burger I decided to delve in for the first bites.  I expected to taste divine wisdom in the taste texture and cooking of the burger I remembered having last time I was there over the summer.  What I received was disappointment all the way round.  First, let’s begin with the bun.  Somehow someone decided they needed to toast my burger bun and possibly forgot to take it out before it began to burn as evidenced in the above images.  Now that my appetite was piqued pitch perfect I went in despite the look of warning the charred bun gave me.

To say I was disappointed upon my first bite into this burger is an understatement.  On this night Tick Tock let me down and boy was it a let down.  Burned hamburger bun was just the beginning.  The burger itself was under cooked and there was a lingering foul off putting after taste both mid chew and after.  I told myself let’s see if its perhaps my palette not fully adjusted from having just had the wings to truly get the taste of the burger, but oh no.  Several more test bites of this burger and I was totally satisfied it wasn’t me it was the burger.  Plain awful!!!  I guess Tick Tock is pretty much hit or miss.  Perhaps I was just given lousy service with old hamburger meat.  Whatever the reason the experience has me decidedly not returning to Tick Tock again any time soon.

The only high light of the night in my opinion were the wings and fries.  Later in the evening my poor stomach was bitter from having eaten what I did of that awful burger and I paid no small price for it throughout the night with the discomfort and subsequent “releasings” into the following morning.  I won’t say don’t eat the burgers at Tick Tock, I’ll simply say I won’t eat the burgers from Tick Tock again any time soon.  Till next time this has been another Winter Food Review 2013 Tick Tock Diner Edition  by THEJNSREPORT.